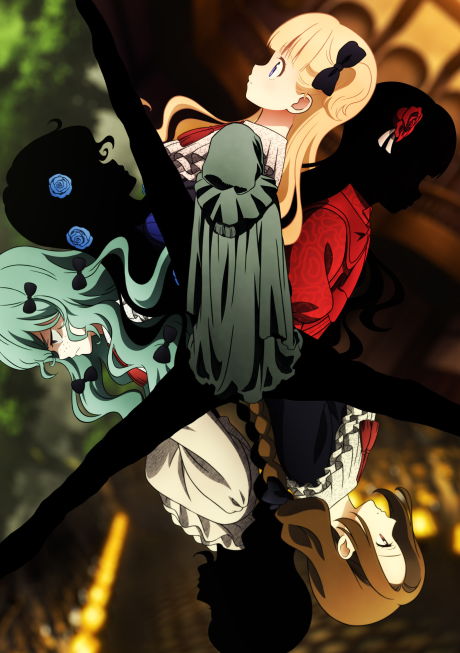 After the resolution of the debut, Kate and her Doll Emilico have officially become residents of the Shadows House. However, they are under constant vigilance by the Star Bearers—an elite group in charge of the children's wing. In order to escape from their surveillance and the morbid methods they use to keep everyone's loyalty in check, Kate and Emilico must be wary of who to trust and aim to become Star Bearers themselves. Meanwhile, the Star Bearers have encountered their own problems. A mysterious robed figure dubbed "Master Robe" has trespassed and roams around the children's wing. At first, Master Robe is deemed harmless, but more incidents start occurring that endanger the Dolls' lives—all of them pointing to the suspicious individual. To improve her reputation, Kate decides to solve the mystery herself. Yet, with so few clues and so many suspects, searching for Master Robe and their motive for attacking the mansion proves more challenging than she imagined. [Written by MAL Rewrite]

Genres
Slice of LifeSupernatural
Comments
Up next
Auto Next